The concrete footings for the new brick front and rear walls were poured today.  Even Elemental Building’s Chief Operating Officer got in the mix!  Of course, the mix included flyash/slag replacement (see info on the ‘Greenest Garage in Chicago’ page for more information on the benefits of flyash concrete).  Unfortunately, though we ordered 50% flyash, we only got 35%.  Why?  Because most builders (even when they are trying to be green) order 35%, so our 50% order got lost in the shuffle.  Just goes to show you how much diligence it takes to overcome the status quo.

The calm before the storm 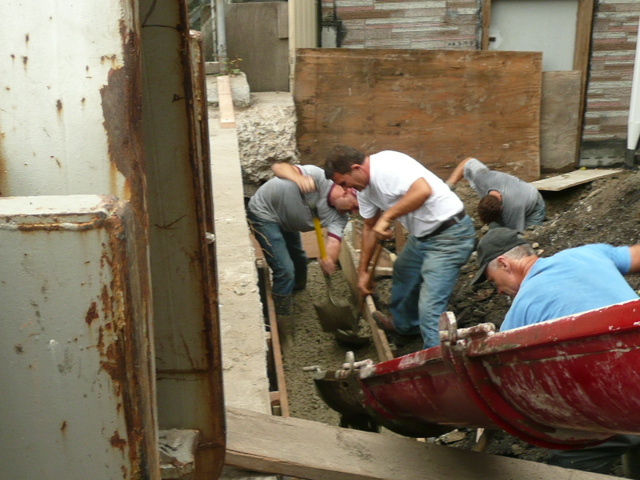 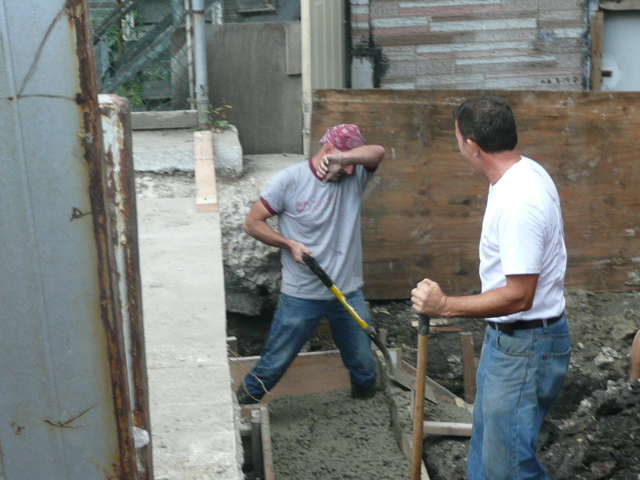 “I’m all in”, Slawek jumps into the nearly finished footing.

From Dust to Diamonds

Houses of 100 years ago were built with plaster and lathe board.  Eventually plaster, ‘ wet walls’ were replaced with Dry Wall.  During the demo of the 1610 home, literally tons of plaster and lathe are removed from the home.  The plaster is worthless- even as back fill- it’s basically like sand once it breaks down.  99.99999999% of people would say the same about the lathe board.  Though some might grind it into saw dust for animal bedding or others might use it for kindling.  Most however send it to a land-fill.  We however, we chose the path less taken.  We decided to take the very arduous task of turning the lath into laminated lumber.  Despite the exhaustive work, we are quite happy with the results and hope you are too! 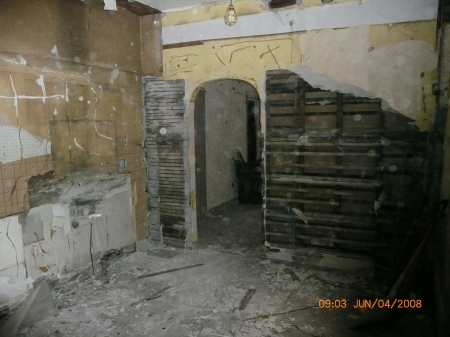 Once the lathe is removed, it’s piled high in the garage: 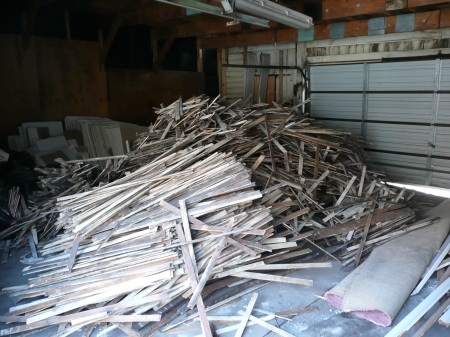 Painstakenly each nail is pounded out of the lathe: 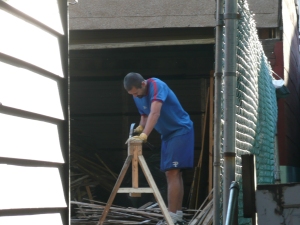 Nate Rusk, after a hard day of pulling nails

Then the indivual lathe is sized and bundled and run through the planer: 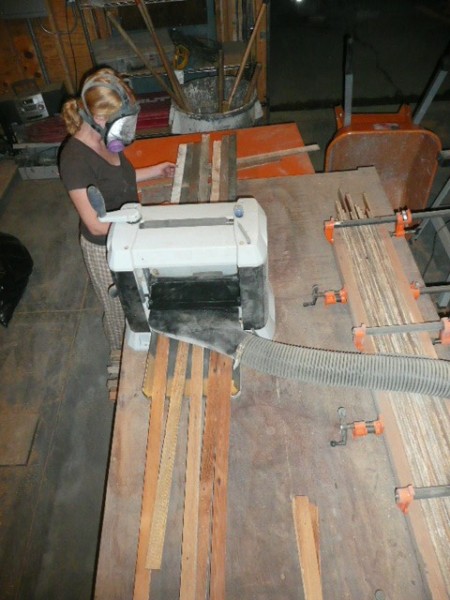 Once planed, the lathe is glued into 6 inch wide, 9 ft long planks.

Then the planks are planed once again.

And after a final pass through the electric planer, we have the final product:

And somehow after many hours of manual labor, and electricity generated from the sun,

Lathe on the wall 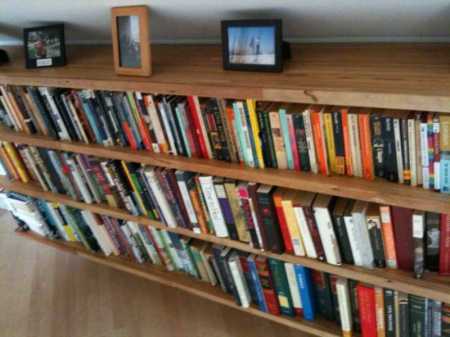 Conjuring memories of the works of Gordon Matta-Clark, 1610 is looking very light these days.  No-worries though, no intention of ‘creating by destroying’, we’ll reuse as much of the old brick as possible once the new foundation walls are poured.

Hey where did my face go? Front (East side) of building

Back (West side) of building 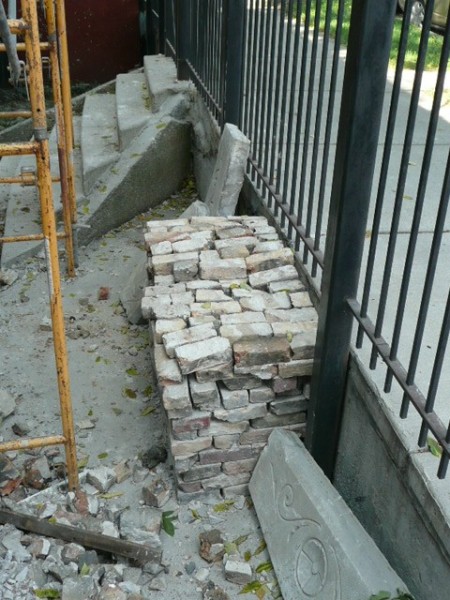 one of the several piles of saved bricks

One Man, One Hammer 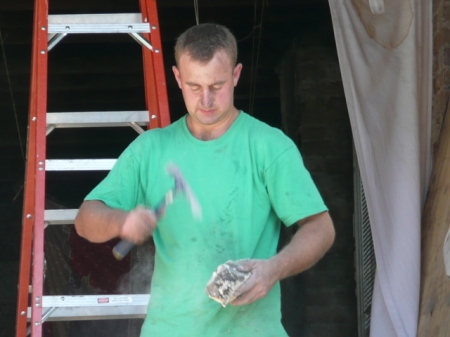 Artur, (a different Artur), knocking mortar off of bricks

Artur, one of the ACT developer/builders crew begins the process of taking down the west wall.  The brick will be re-used in the new brick wall and in filling in gaps of the existing walls after the windows are added.

taking the wall down, brick by brick 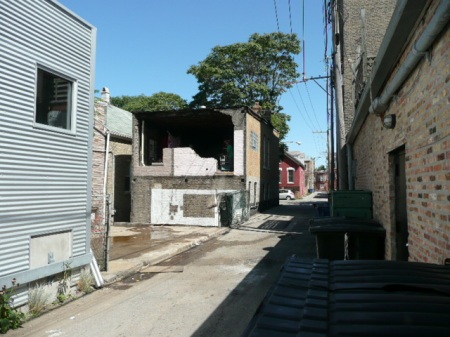