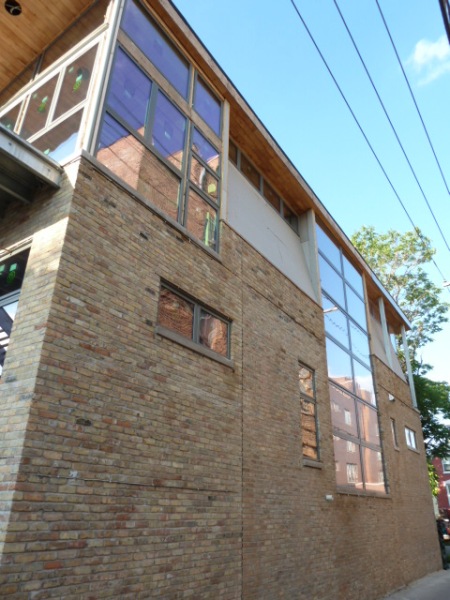 Serious Materials builds one of, if not the most energy-efficient windows in the world.  The windows going in at 1610 contain 2 planes of glass, a suspended film, and krypton gas.  The frame is made from fiberglass which has lower thermal-bridging characteristics than vinyl, wood or aluminum and doesn’t have the carbon footprint of vinyl (an oil based product) or wood.

In addition to the recent press on the empire state building, the California-based company also made news a year and a half ago when they bought the Chicago based window company Republic Glass who gained national press when the workers staged a sit-in to save their paychecks and benefits when the then ownership up and left town and told the workers they were out of jobs.  Article.  So in addition to being good for the environment, it’s a company with a social conscience as well.

What’s with the balloon?   Since the windows are manufactured in Colorado at higher elevation, the change in pressure at Chicago’s near sea level elevation compresses the Krypton gas in-between the window panes.  Since the Krypton is an important part of the insulation, having less of it in the window is bad. . . . The solution?  fill the balloon in Colorado with Krypton and when the windows get to sea level and the pressure changes it forces the gas out of the balloon and into the window- and solving the problem.  The wire tube is then crimped and cut and tucked into the frame. 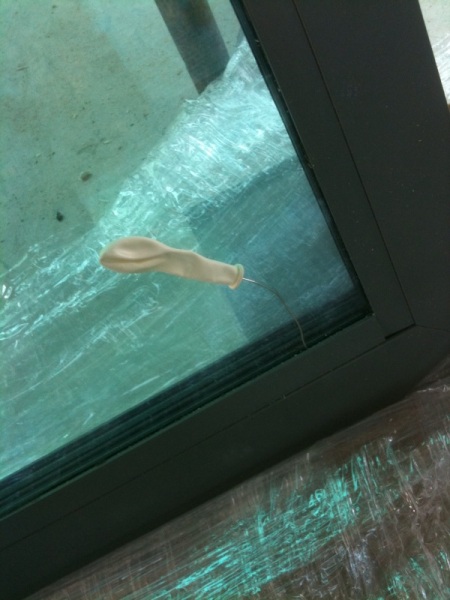 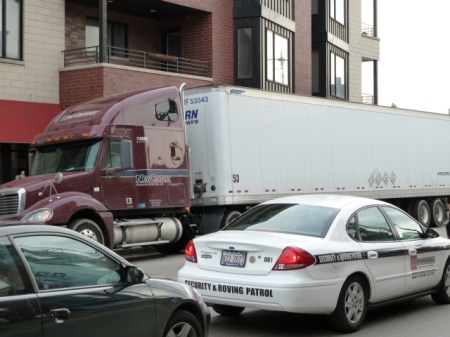 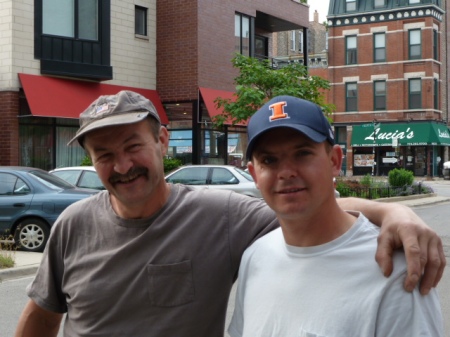 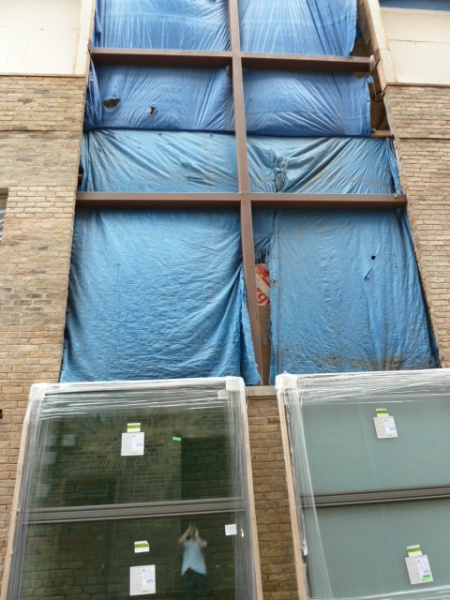 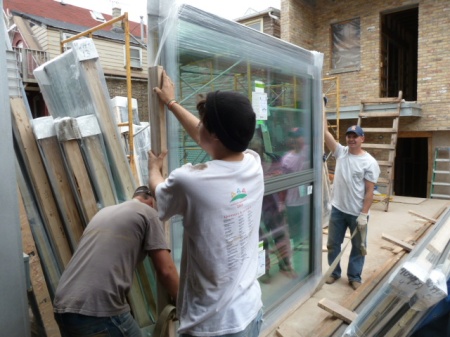 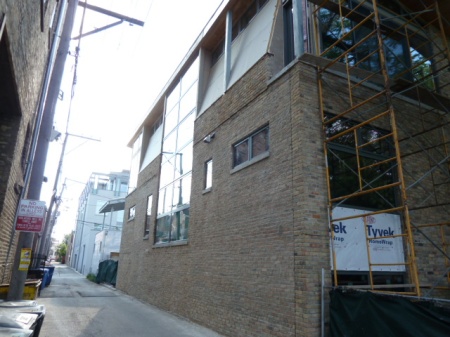 a view from the south-east 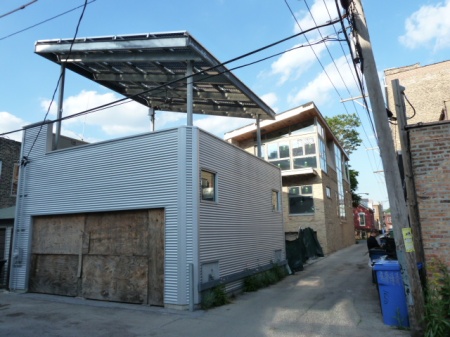 A view from the West 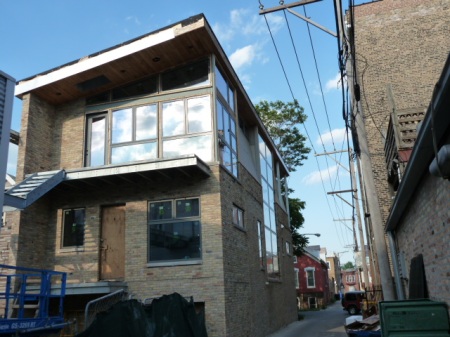 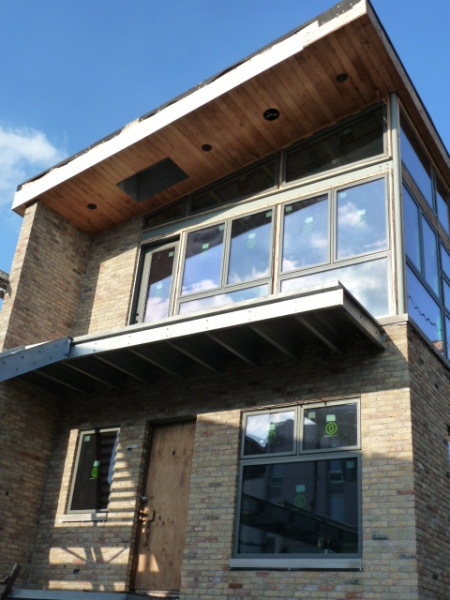 The master bedroom (middle level) and kitchen windows (above) 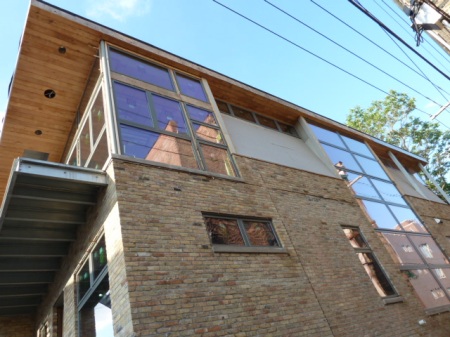 view from the south (Kitchen to the left, Stairwell to the right) 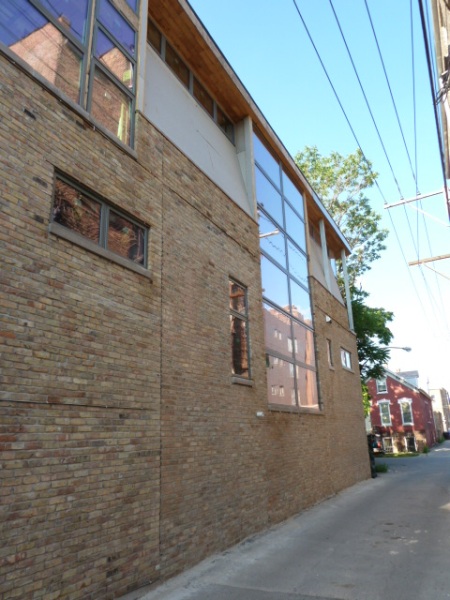 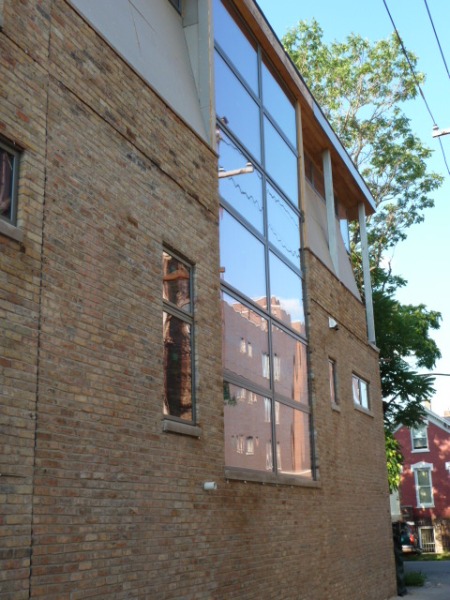 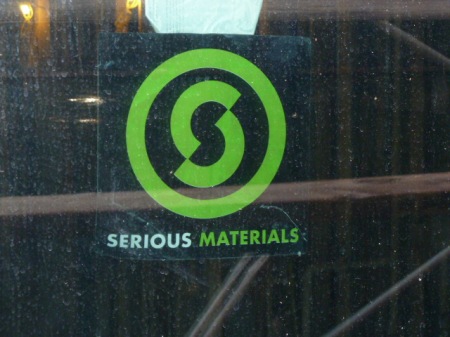 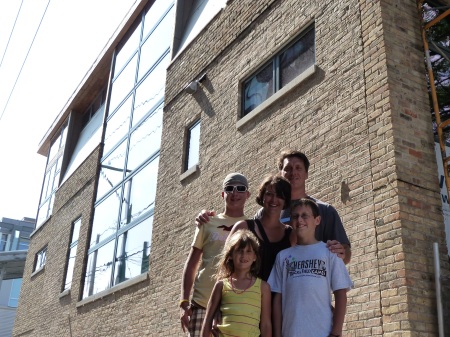 This entry was posted on Tuesday, July 6th, 2010 at 6:15 pm and is filed under Uncategorized. You can follow any responses to this entry through the RSS 2.0 feed. You can leave a response, or trackback from your own site.

2 Responses to Are you Serious?